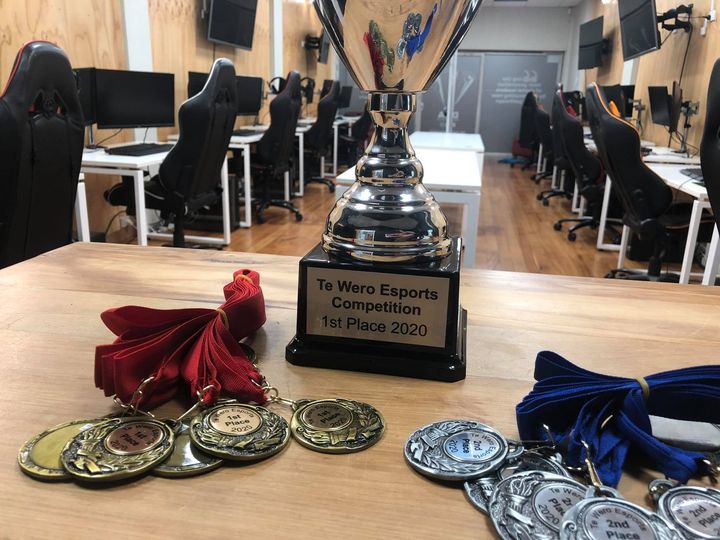 The competition took pace on Saturday on 12 December at Digital Basecamp on Hinemoa Street starting at 10am in the heart of Rotorua’s CBD.

Teams began their heats on Thursday in Murupara to allow for all the teams to play one another.

This is the tournament’s inaugural year and sees two regions and eleven teams from seven schools battling it out for the Te Wero Cup 2020.

The chosen game for the tournament is Overwatch, a six versus six, team-based multiplayer video game developed by Blizzard Entertainment. Players on a team work together to secure and defend control points on a map or escort a payload across the map in a limited amount of time.

The games were all livestreamed on Digital Native Academy’s Twitch channel with professional shoutcasters and colourcasters (commentators).

Players will compete for a trophy and 1st and 2nd place teams will each get medals.

Digital Natives Academy, a non-profit, was established in 2014 to encourage young people wanting to enter the digital tech industry the power to create, transform, shape and develop their own digital tools.

DNA’s vision is to inspire the next generation of digital leaders. DNA’s goal is to create career pathways for whānau who don’t have access to technology. DNA does this to inspire them to become makers and innovators of technology, rather than users and consumers of it.