Schools battle it out in BOP’s first interregional esports event 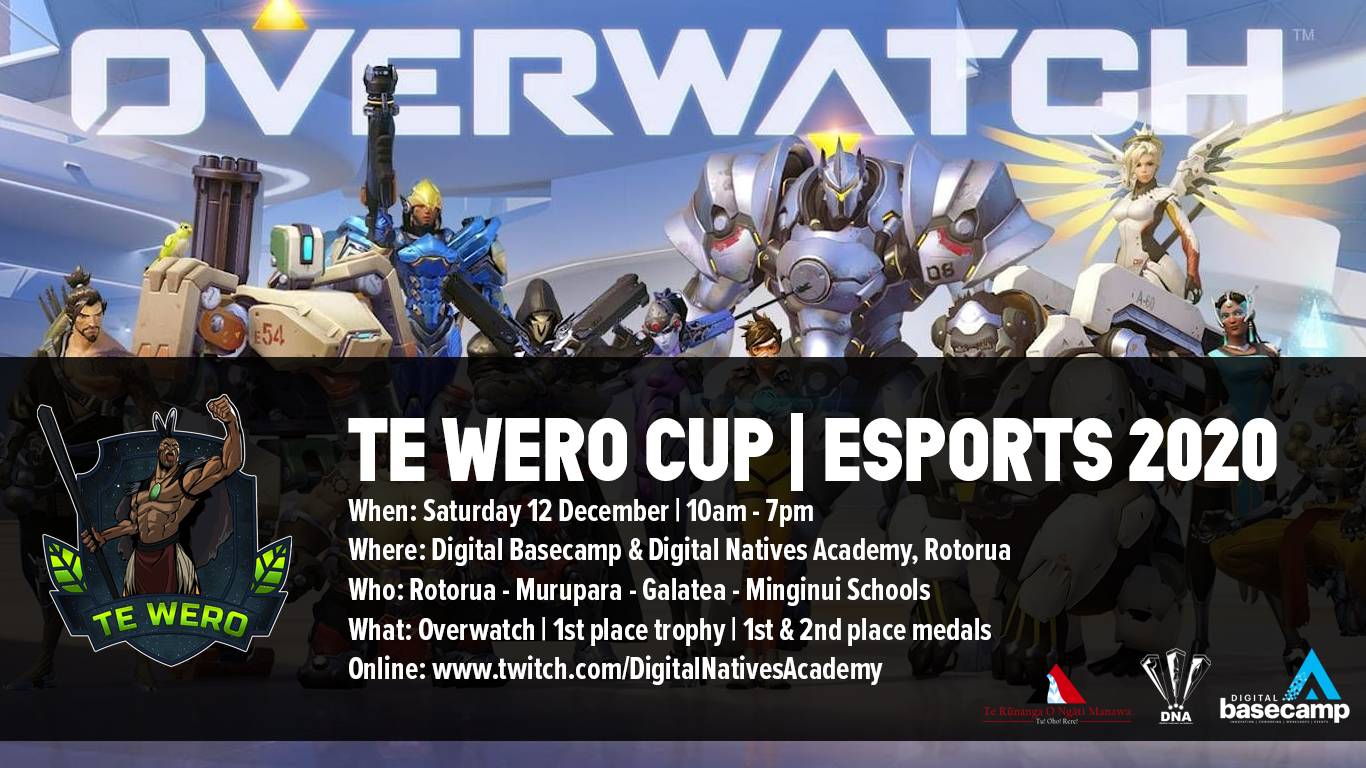 Esports, also known as competitive online gaming has emerged as a major contender during the time of Covid and while the world has been locked down, students from Rotorua, Murupara, Galatea and Minganui have been working with Digital Natives Academy and Manawa Rere Digital Hub to train, develop high performance mindsets and train as a team to compete in the upcoming Te Wero Cup 2020.

“Our focus has been in developing the skills needed to make for a good esports player, not just the mechanics but the mental strength, resilience and disciple needed to compete and do so effectively”,

To put those skills to the test, the Bay of Plenty will see it’s first interregional esports competition, Te Wero (The Challenge) take place this Saturday on 12 December at Digital Basecamp on Hinemoa Street starting at 10am in the heart of Rotorua’s CBD.

Teams began their heats on Thursday in Murupara to allow for all the teams to play one another.

“From the brilliant performance from our team today here in Murupara during the school esports event and livestream with Lyric, Te Pahu, Makarini and Te Akauroa, I have to say, Teamwork makes the dream work,”

This is the tournament’s inaugural year and sees two regions and eleven teams from seven schools battling it out for the Te Wero Cup 2020.

“Even though the break-in hit us hard, we’re still not 100% operational, we felt it was important to push on and show our community that despite setbacks, we persevere, he kokiri! Events like these help show not just our players but their whānau the ecosystem that exists in this space and this helps them begin to understand the pathways to careers in digital tech. From animation, to livestreaming, video editing to graphic design, these are all skills that will be needed for jobs post covid and we want our tamariki and rangatahi best placed for these opportunities.”

The chosen game for the tournament is Overwatch, a six versus six, team-based multiplayer video game developed by Blizzard Entertainment. Players on a team work together to secure and defend control points on a map or escort a payload across the map in a limited amount of time.

The games will be livestreamed on Digital Native Academy’s Twitch channel with professional shoutcasters and colourcasters (commentators).

Players will compete for a trophy and 1st and 2nd place teams will each get medals.

Digital Natives Academy, a non-profit, was established in 2014 to encourage young people wanting to enter the digital tech industry the power to create, transform, shape and develop their own digital tools.

DNA’s vision is to inspire the next generation of digital leaders. DNA’s goal is to create career pathways for whānau who don’t have access to technology. DNA does this to inspire them to become makers and innovators of technology, rather than users and consumers of it.