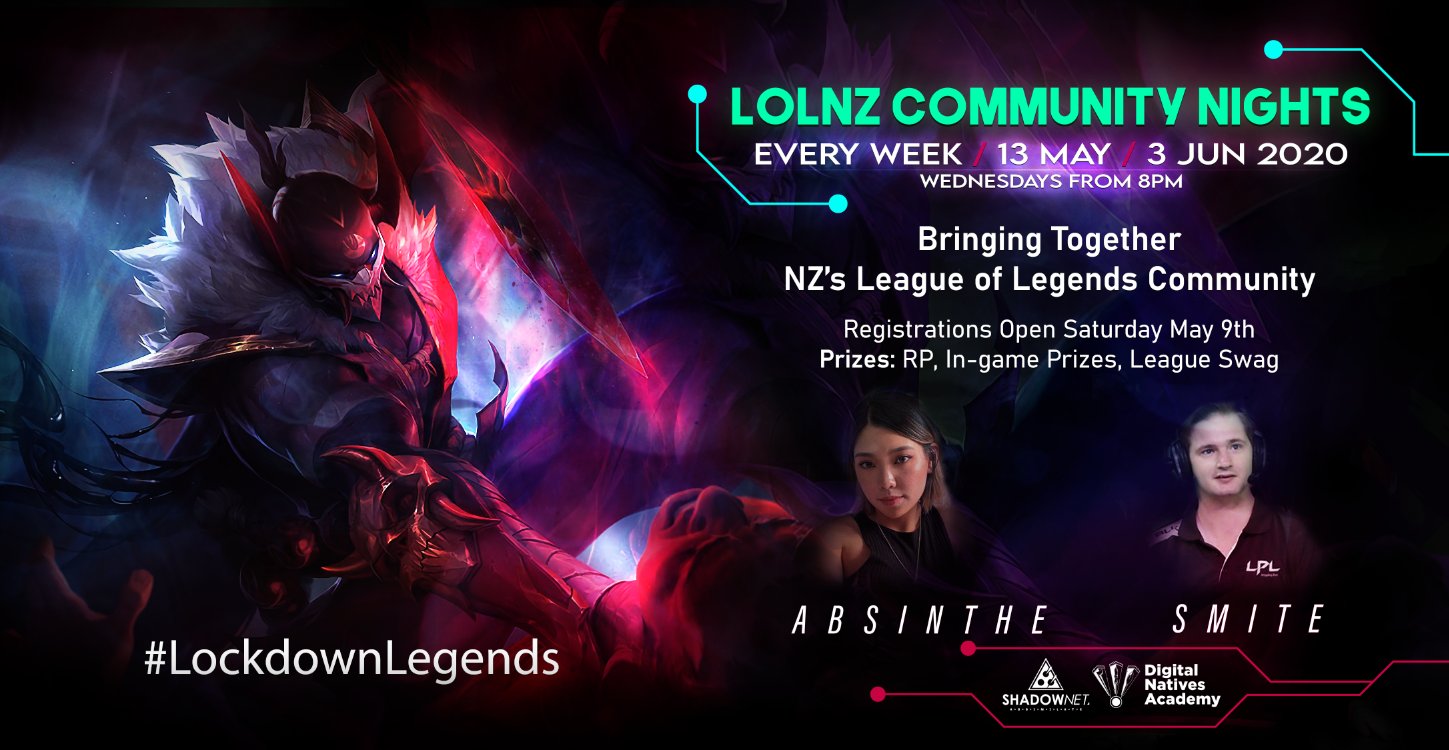 The NZ esports community is about to have some fun. Esports event organisers Shadownet and Digital Natives Academy (DNA) will host a month-long series of esports events to celebrate coming out of NZ’s first ever nationwide pandemic lockdown. 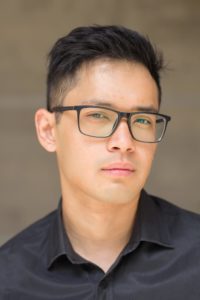 Shadownet founder Ian Seaton explained, “we wanted to create a series of events that would reinvigorate and bring together the NZ League of Legends community after going through over 30 days of country-wide isolation due to Covid-19”.

League of Legends is one of the world’s most popular video games, in which players work together in teams of five to defeat their opponent by destroying their base.

In 2019, over 44 million people around the world watched the League of Legends world championship final in Paris.

#LockdownLegends will begin on Wednesday 8 May at 8pm and be played weekly till the 3rd of June. The competition will feature ARAM and Summoners Rift 5v5 games. It is open to players in New Zealand and Australia and will feature spot prizes each week.

This new comp follows on from a successful series of events held in April showcasing Apex Legends, Team Fight Tactics and Fortnite.

According to DNA Founder, Potaua Biasiny-Tule, allowing players to come together in a friendly semi-competitive environment is the primary goal of hosts DNA and Shadownet with their primary aim to bring together New Zealand’s esports community.

“For us coming together is about collectively seeking to enhance the wellbeing of the community of gamers we live, work and play with,”

The games will feature commentary by professional caster, Matt “Smite” Ross who was commentator and analyst at the Rocket League Spring Series this year. Pris “Absinthe” Woe, will serve as the game’s colour caster, offering banter and related game commentary.

In an effort to continue to support social distancing under level 2, production will take place remotely with casters streaming via webcam, and all players will game from home and connect over Discord, a platform which allows participants to communicate over voice comms.

Mr Biasiny-Tule explained that the focus of these events was about giving young people opportunities to engage online, have positive gaming experiences and make new friends while helping to build and nurture New Zealand’s growing esports ecosystem.

The Shadownet is a different kind of esport organisation. Created and operated by progenitor of New Zealand’s League of Legends community, Ian “LAN” Seaton (formerly known as Ian Wind). Shadownet looks to create strong relationships between brands investing into the New Zealand’s gaming scene, the community and their influencers.

Digital Natives Academy, a non-profit, was established in 2014 to encourage young people wanting to enter the digital tech industry the power to create, transform, shape and develop their own digital tools. DNA’s vision is to inspire the next generation of digital leaders.